Vostok: Valentina Tereshkova (Валенти́на Влади́мировна Терешко́ва) vs Anna Lee Fisher , the speculation of which the face of female cosmonaut in the history is depicted on the dial.


Valentina Tereshkova was the first woman to go into space. In 1963, she spent almost three days in space and orbited Earth 48 times in her space capsule, Vostok 6. That was her only trip into space. Tereshkova later toured the world to promote Soviet science and became involved in Soviet politics.

Image source: https://www.tokkoro.com
As the speculation of the dial is never ended, some just call this watch as Vostok Cosmonaut. No one c…
Post a Comment
Read more 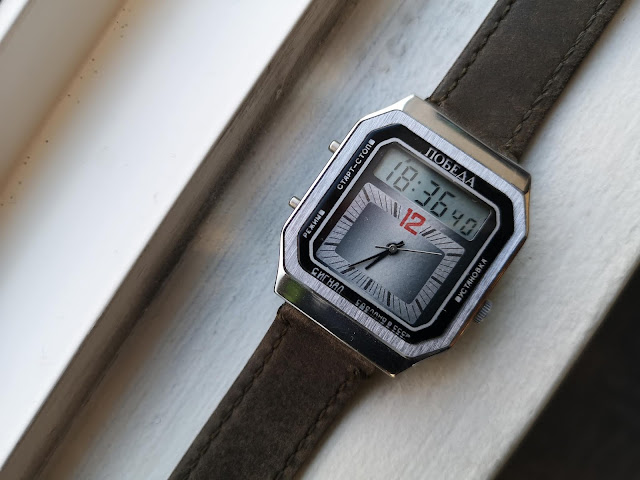 C.S. Lee (Malaysia)
The journey to collect USSR/Russia watches is interesting, considering myself collecting a piece of history and trying to glue them together. As always my main interest is USSR Space/Polar watches.
If you would like to discuss with me further about this interesting subject, I can be reached via email - cslee.np [at] gmail [dot] com